The Pancake by James L. Steele

The Fluffy walked out the door with the intent to go on a pineapple run (his supply of it and Dr.Pepper had been low for hours). He made it all of eighteen-and-a-half steps before falling through a molecular gap in the sidewalk and plummeting down through the soil.
He hated it when the laws of physics stopped applying to him; it was annoying and got in the way of his day, sometimes for years at a time. As he dropped through the layers of dirt and rock, he identified several new species of dinosaur and insect fossils. He hoped the dirt wouldn’t dirty his blue fur too much, though he suspected the dirt didn’t even touch him right now.
Just when the Fluffy was beginning to think he would have to wait until he hit the core of the planet and shot back out the other side, the universe grew tired of trying to figure out how to bring him under its own rules again and simply spat him out.
The blue canine thing landed on a pancake. It was saturated in syrup, and the Fluffy began sinking. Fortunately, and you’ll have to take my word for it on this matter, gentle reader, he was an experienced break fast food swimmer [translator’s note: as literally rendered from the original German word Frühstückessenschwimmer] and kicked his way to the shore.
He climbed out of the lake, and as he expected his fluffy blue fur was completely clean and dry, no trace of dirt, syrup, or pancake debris. He did not even need to dust himself off after that fall, so he had plenty of time to pause and look at his surroundings.
This was the only pancake lake as far as he could see in the field of ragweed. Bees were pollinating the ragweed, which was unusual, as ragweed did not need it. Fluffy figured the bees simply enjoyed it, or they needed to stay busy as there was nothing else out here to pollinate.
Fluffy left the bees alone and tested the ground. The laws of physics seemed to have a firm grip on him right now, though he wondered if his next step would send him sailing upwards this time, possibly colliding with the moon, or another planet. He destroyed an entire solar system once that way when the planets happened to be aligned. He had apologized to the survivors years ago, and they forgave him, even buying him a Dr. Pepper, as it was not the first time something like that had happened.
But this narrator digresses. He pushed his way through the ragweed field toward the sound of running water. The bees left him alone, and so did the lava monsters. In fact, the latter asked for belly rubs, which the Fluffy gave. Their hot, liquid skin did not even singe the Fluffy’s paw pads.
Of course, when one gets belly rubs, they all want belly rubs, and hundreds more dove through the ragweed, burning most of it down. In a few hours, the Fluffy was surrounded by six thousand one hundred and four lava monsters, all lying on their side and panting after a good belly rub, and the Fluffy now had a clear view of the horizon once the ragweed stopped smoldering.
A pineapple floated on the horizon. It was laughing at the Fluffy. 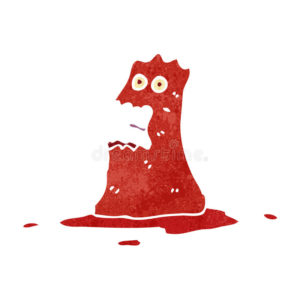 One thought on “The Pancake by James L. Steele”