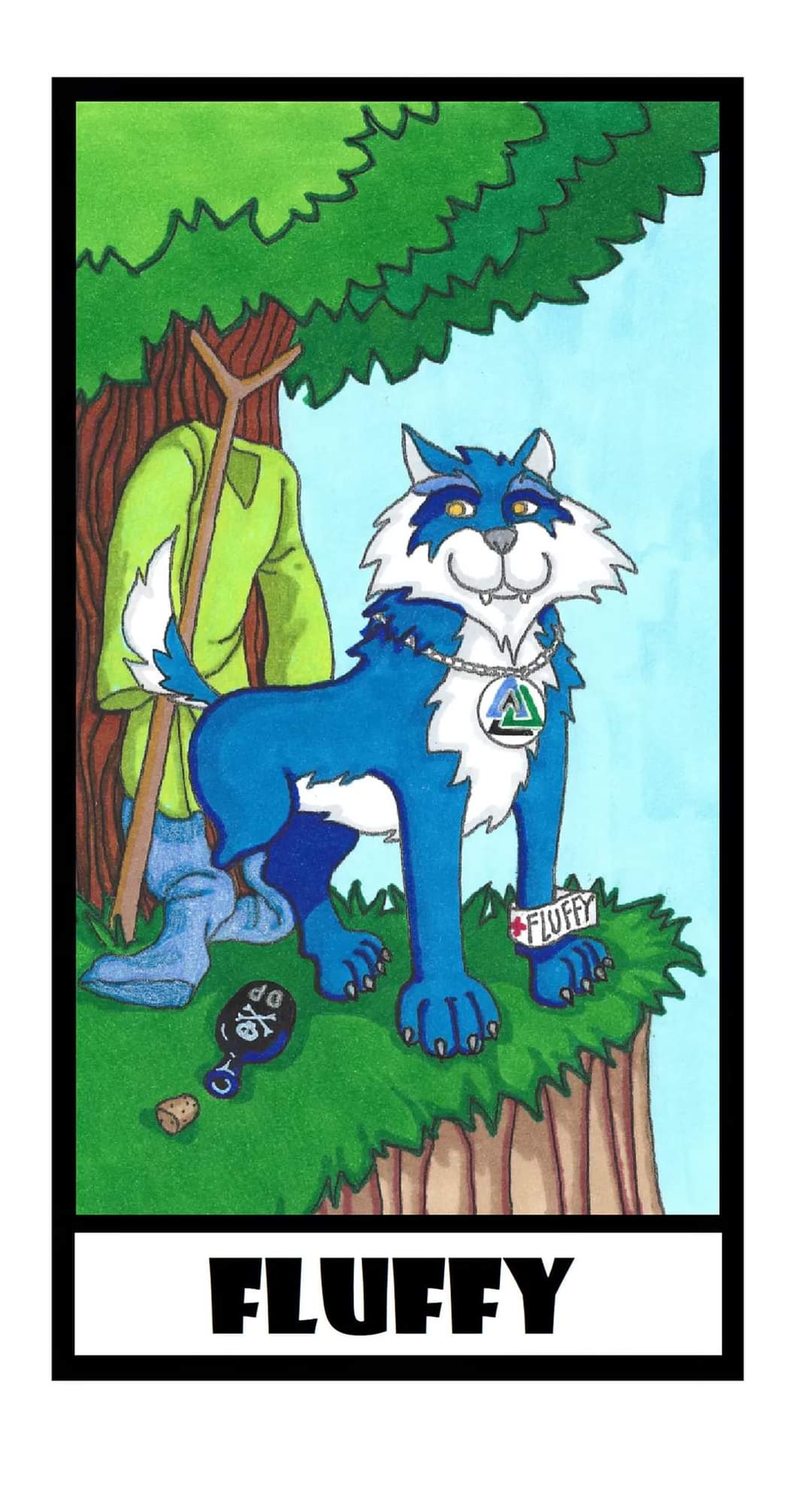 Jasper Fluffy McDougall was a man who struggled with a disease that was spawned by a mild addiction. Over time this disease took its toll on his right leg.

Faced with despair, Fluffy made an appeal to Odin for healing. In his infinite wisdom, Odin declined. Instead, he offered to teach Fluffy self mastery. In doing so, Fluffy went on a journey that taught him about who he was and his own unique magic.

Eventually, Fluffy’s leg got worse. Magic could only heal him so much. His wound was the physical manifestation of a spiritual trauma. Fluffy had to find a different sort of help.

Fluffy approached Heckate. She showed Fluffy how to have faith and trust in the universe. He learned how to love and laugh. He found out that his leg didn’t matter. He was loved and he was capable of love.

From a place of courage and strength, Fluffy allowed himself to lose the leg. In doing so, he finally managed to claim his true self and be happy. He found an even greater form of magic. That of Transmutation.

Fluffy is now ready to begin a new journey on 3 paws firmly planted on the ground as he prepares to leap off the cliff.