Hunting pineapples was a lot more difficult than usual. These things were fast, and even chasing them on all fours, the blue canine (Fluffy, remember) could not catch a single one. It didn’t help that church was about to start, and the Fluffy didn’t want to miss the wonderful beer they served. It wasn’t Dr. Pepper, but it was close enough.

He abandoned the herd of pineapples and trotted to the nearby temple. The interior was decorated in a combination of baroque and 1970s fake wood paneling, which created a lovely ambiance suitable for getting drunk and hearing about higher powers. Sippy cup of beer in both paws, the Fluffy sat in the pew and waited for the sermon to begin.

The pastor spoke of Heaven and Hell and how the universe worked. While he spoke, God and Satan themselves showed up to reenact the quoted pieces of scripture regarding their epic battles for supremacy. They only performed at so many churches per year, so this was indeed a treat, and Fluffy was glad he got the Big Cup and the large popcorn. He slurped and munched as the battle raged behind the pastor.

At its climax, Satan mimed annihilating God, but this time the theatrical trick went a little too far. His attack actually eliminated God. As the dust settled and the parishioners accepted what had happened, Satan exited stage left, embarrassed by what he had done, for what was he without a rival? Fluffy slurped his beer and cheered for an encore. Not approving this reaction whatsoever, Satan ejected the Fluffy from the universe that was now his.

The Fluffy floated alone in a void, sippy cup in one paw and popcorn bag in the other. He slurped and munched as he watched this universe begin. He was ready for paparazzi, but none showed up, which told the Fluffy he had entered a good universe.

A pineapple appeared, and Fluffy dropped everything and gave chase. It led him from one side of the universe to the other, but it was too fast to catch. Exhausted, the canine settled on the nearest planet, curled up, and went to sleep.

This planet was still in its early stages of formation, so its various rivers of lava and meteoric activity had to plan their events around the sleeping Fluffy. As the Fluffy slept, life evolved around him, and this particular section of soil and rock remained undisturbed for eons.

Fluffy awoke, and by now life had evolved. It wasn’t intelligent yet, but it was still fascinating, so the Fluffy played catch with the various hostile life forms on this world.

When the predators were too exhausted to play, the Fluffy pranced away for the next town, which was six thousand kilometers away, and he crossed the distance in about eighteen seconds due to his lack of knowledge over how long these things are supposed to take. There he found God and Satan alive and well, acting out their previous conflicts in the park to pay the rent. The Fluffy bought another beer and popcorn and watched the show.

When he started reminding the players of their lines (which the Fluffy had heard so many times he could have played both parts by now), both of them ejected the Fluffy from their universe.

The Fluffy landed among the pineapples. He didn’t try to hunt them this time, sensing that God and Satan were watching over him. Sure enough, Fluffy pulled back the curtain of reality and saw both were pineapples, each with a can of Dr. Pepper, sipping away as if time did not exist.

Fluffy decided to skip the next service and find lesser-known gods to watch. 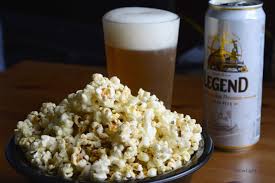